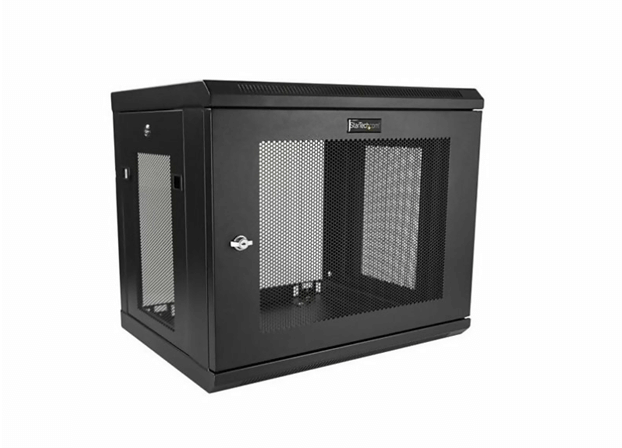 Identified by various names, a network rack cabinet is also known as a metal frame that is used in holding, stacking, as well as organizing and securing different computer network servers as well as hardware devices. Usually, the term network is used in referring to a rack that is used to house the network hardware such as routers, switches, in addition to access points. With that said, you should learn more about the basics of a rack purchased from Suntec.

This rack cabinet has an open frame without side doors. It is useful when the racks do not need to control any form of airflow or offer security to the items stored within. With that said, these frames are widely used in storing networking cabinets. They are also useful when it comes to network wiring closets.  These rack cabinets offer access to various open spaces for cable management. It’s a vital component of an office networking system.

Other than that, open frame racks also boast of having two to four vertical mountings of rails, also known as posts. The two-post racks require a slightly less available depth compared to the four-post racks. However, they are also capable of supporting less weight. Any IT equipment that provides support to four-post mounting out of the box can require a special kit used for two-post mounting. This is especially if it’s designed to handle all the four vertical mounting rails for support.

It’s clear that Rack enclosures have flexible, removable front as well as rear doors. The side panels are also removable and adjustable. They are known as rack cabinets because the front, rear doors are ventilated in order to facilitate sufficient airflow from the front to the back.  These devices are perfect for applications that need heavier equipment.

These cabinets have been designed in such a way that they can easily be mounted to your home or office wall. This helps in saving some floor space. Other than that, they can also have an open or closed design. Usually, they are slightly smaller compared to floor standing devices. Also, they cannot support a lot of weight.

Unmanaged cable units found in the racks block the airflows, thereby preventing the distribution of cold air under the existing raised floors. It also plays a role in trapping heat found inside the enclosures.

Conclusion A network rack plays the role of holding a server as well as other computer systems. However, some of these racks are designed with certain types of devices in mind. The rack operates by securing the network as well as additional computer hardware in the mounting fixtures through brackets. Besides, mounting racks are used to secure the cable.

How To Choose Between Metal Forging And Metal Casting