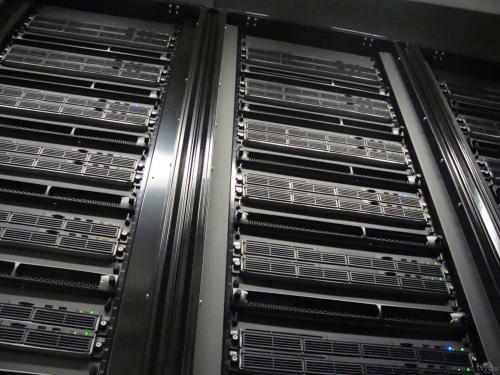 Maritime trade may be one of the oldest forms of transport, yet today cargo transported by the shipping industry represents roughly one-third of the value of total global trade, equating to more than $4.6 trillion worth of goods each year. However, with a greater awareness of the shipping industry’s impact on the environment and the current economic climate dictating a need for more efficient forms of transport, many ships are now considered outdated and great effort has been made in researching alternative power sources.

The EUREKA-funded FELLOWSHIP project is at the forefront of this research and seeks to develop and demonstrate new fuel cells for marine and offshore use that will vastly improve the energy efficiency of ships, subsequently reducing running costs and the vessels’ impact on the environment. In this collaborative research project including, but not limited to, MTU Onsite Energy and DET NORSKE VERITAS, the FELLOWSHIP team have developed highly innovative HotModule fuel cells that take advantage of recent developments in the fields of Molten Carbonate Fuel Cell (MCFC).

This high temperature fuel cell continuously generates 320kW, with reduced fuel consumption compared to diesel engines and near zero-emissions, vastly improving the ship’s sustainability and the working conditions on-board. The FELLOWSHIP team have used the vessel Viking Lady, a transport ship owned and operated by ship owner Eidesvik for oil from rigs in the Norwegian seas,as a test vehicle for the application of this technology at sea. The HotModule fuel cell is powered by natural gas which is then liquefied and cooled to -161°C.
One of the greatest challenges was to get parties from different industries to understand each other’s needs and requirements.
Tomas Tronstad, DET NORSKE VERITAS
The fuel cell itself operates at an extremely high temperature, reaching around 600°C in order to instigate the electrochemical process required to generate electricity. The vast amount of heat generated by the cell offers further ecological benefits, as it is used to heat rooms inside the ship, reducing the need for fossil fuels to warm the crew, and can even be used to cool areas through the use of a heat exchanger in order maintain temperature-sensitive cargoes.
While the HotModule fuel cell provides an energy efficiency of 50 per cent while at sea, it is in the harbour that it has its most profound impact. Many harbours now impose strict fines based on pollution, both in terms of waste that is released into the water and their wider impact on the surrounding area. The HotModule fuel cells provides near silent operation when it is used as the sole power source while the vessel is idling in the harbour and can provide all of the electricity required for daily operations, without the need to use the ships diesel engines, which can cause considerable pollution.

This is the first time that this technology has been applied in a marine setting, which has presented some unique challenges for the FELLOWSHIP team, as a moving ship creates a great deal of vibration that the fuel cells were not designed to cope with. While this could be resolved by innovative engineering solutions, FELLOWSHIP encountered another problem in creating and managing an effective partnership, as project coordinator Tomas Tronstad asserts: “You have a fuel cell supplier who is not used to working with moving ships and you have the shipping industry, which needs to understand this new technology. One of the greatest challenges was to get these two parties to understand each other’s needs and requirements” The integration of the system was realised thanks to Wartsila Ship Power.
I would like to thank EUREKA for having faith in us. I hadn’t worked with EUREKA before and it has been a pleasure.
Tomas Tronstad, DET NORSKE VERITAS
In order to overcome this issue, the FELLOWSHIP project has developed a highly collaborative approach that recognises the requirements of ship owners, fuel cell suppliers, system integrators and ship designers, and promotes good communication in order to achieve the best solution, whilst also allaying fears about the introduction of this new technology. Tronstad believes that the influence and assistance of EUREKA has played an important role in the success of this collaborative project: “I would like to thank EUREKA for having faith in us. I hadn’t worked with EUREKA before and it has been a pleasure, they were important in supporting us throughout the project both with financial and moral support”.
The FELLOWSHIP partnership is now working to develop industrial-scale battery – hybrid solutions to provide a greater storage capacity for electricity produced by the HotModule fuel cell. This will require further research into the concept to enable the batteries to work with the limitations of the technology, as Tronstad explains: “The current fuel cell doesn’t like to be started and stopped too often. We are developing the solution further into a more standalone system that could more easily be used for a greater number of vessels in the future”. This form of hybrid technology has already proved highly successful in the automotive industry in cars such as the Toyota Prius. The FELLOWSHIP consortium hopes that they can make hybrid ships equally commonplace and are pushing for a greener future for the global shipping industry.

Concrete Stakes From Your Foundation Pour That You May Save

The Most Common Order Fulfillment Problems And How To Solve Them

Types of ARC valves available in the market

How Does Direct Extrusion Occur