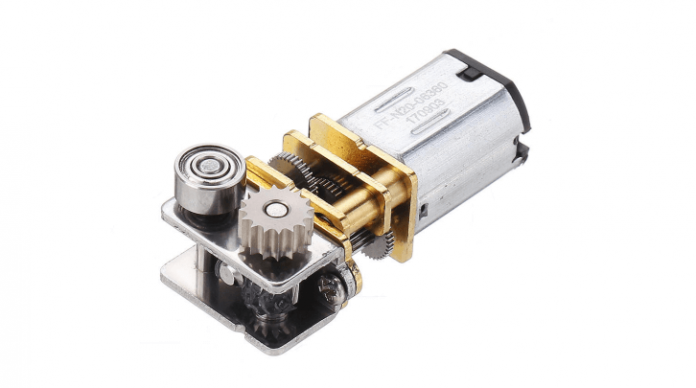 Micro gearboxes are gearboxes that are small in size, making them suitable for application in small and miniature machines. Micro gearboxes come in different configurations like worm and wheel, cross-axis helical, inline spur, epicyclical/planetary, and bevel.

While generally speaking, reduction gearboxes do the same thing; your particular choice of a gearbox is dependent on your needs and which application you need to use them in.

Bevel gearboxes contain gears in a cone shape. These can be made to intersect at any angle, although 90 degrees is the most common. They are used to transmit and pass power in applications that have a design of a corner turn. Apart from a corner, they are also used when a one-drive line is supposed to power several devices from one motor.

The cross-axis helical miniature gearboxes have the distinct advantages of being both light and long-lasting. These are known for quiet transmission and are a popular choice for applications that require minimal noise such as transmission in equipment. Helical miniature gearboxes will, however, require more gears if your goal is large reductions. They are used in equipment such as extruders, coolers, conveyor belts, and crushers. These applications are all low-power dependent applications.

Worm and wheel reduction gearboxes are typically used where there is a need for a high reduction of speed. The worm has a big diameter, which aligns with teeth that are on the edge of the gearbox. When the worm rotates, the wheel moves in a motion similar to a twisting screw. They handle huge torque very well, and they handle large reductions.

One of their advantages is that they brake automatically when the worm is not turning, so in that way, they protect against wear and tear precipitated by a faulty worm turn. They are used in heavy industries like the manufacture of all types of chemicals.

Inline spur micro gearboxes work by transferring power through a shaft. Typically, the said shaft is either used with a shaft coupling or mounted to a motor. The lightweight, compact design characterizes them. They possess a fine classification of transmission ratio. They are simple to operate and cheap to manufacture, although they tend to be noisy and don’t handle large amounts of torque well. They are mainly used in equipment that needs to be decelerated in different industries.

Typically, planetary gearboxes come in a variety. However, their complex torque design means its costs more to manufacture them. One disadvantage is that at high speed, they can be very noisy. These gearboxes are popularly used in handheld tools such as hand-drills and dentist drills. There you go. These are the top applications of gearboxes, as we have analyzed in this blog post.

What Services Does NextPCB Provide?

Type of Fiber Optic Cables and Their Applications